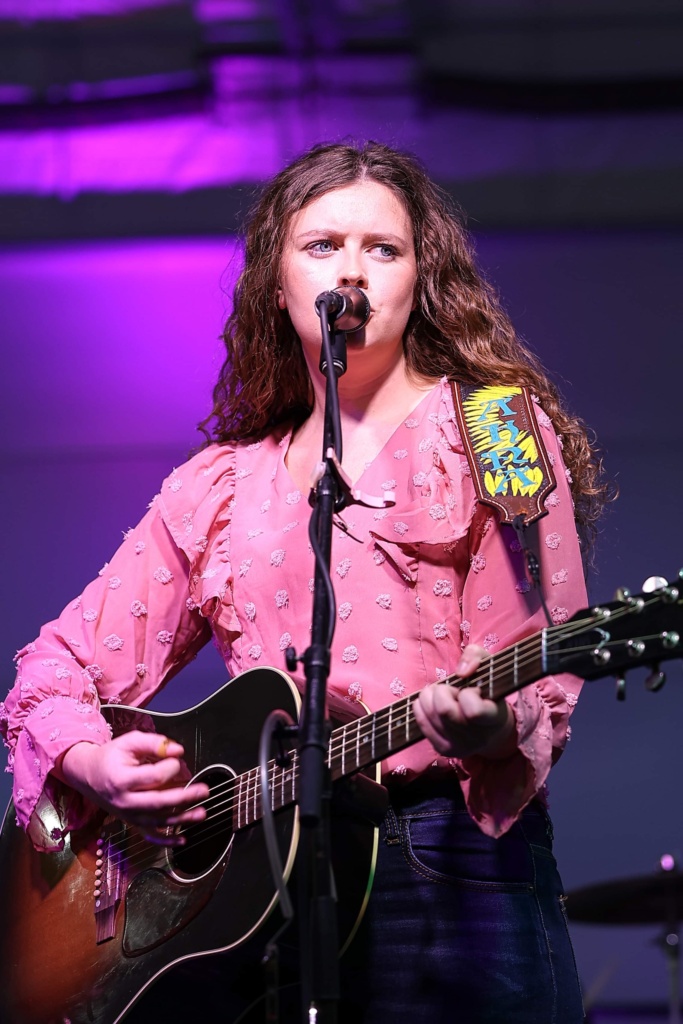 Oct 6, version of Thursday Night LIVE is gonna be a great one! Our own Ahna Jennings… Blossoming from the red dirt of Oklahoma, Ahna Jennings is a retro-country singer/songwriter. From a young age Ahna always gravitated towards music, picking up the fiddle at just age 2. Jennings began performing when she was 14 years old, playing acoustic gigs and busking outside of flea markets. The fall of 2018 saw the release of Ahna’s debut single “How I Spend My Nights” recorded at a local studio in Tahlequah, Ok. The song rode the air waves of Texas radio and made its way onto playlist after playlist. In 2021 Ahna won the Jimmy Lafave Songwriting Contest along with peoples choice with her song “Hope & Gasoline.”

Strongly influenced by 70’s country, Ahna styles her music after the classic sounds of Bobbie Gentry, Emmylou Harris and Jessi Colter. From writing songs full of country twang like “Hope & Gasoline” to psychedelic rock ballads like “Gypsy” it is clear that Jennings doesn’t like to be confined in a “genre box.”